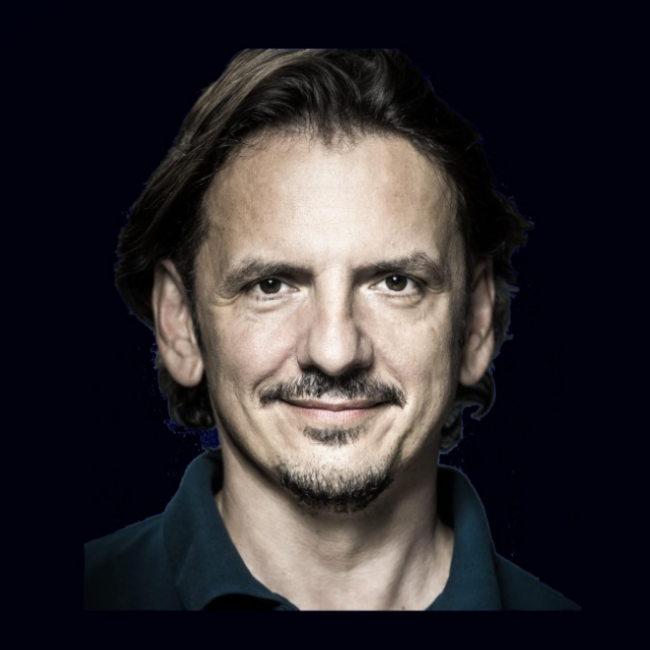 Mitar grew up protected in the suburb of Belgrade (Zemun) in former Yugoslavia. After he was among the first break dancers in Belgrade in the late 80s he was educated as an airplane mechanic. At the age of 17, when Mitar thought the foundation of his life is fixed, an inconspicuous at first sight thing happened. A good friend motivated him to read two books. ‘Siddharta’ by Hermann Hesse was the first, followed by poems by Rainer Maria Rilke. Mitar was impressed, for him, a new world opened up. From that very moment on nothing stayed the same. Mitar learned – that life is change! That life rewards the brave, not the fearful.

The very next day Mitar, who spoke not a single word of German, organized himself the book “German in 100 lessons” and had the plan to read Hesse and Rilke in the original language. Mitar was almost 18 when he started learning German on his own. Only one year later he was admitted to the University of Belgrade in the German Literature and Linguistics program.

At that time he discovered not only himself but the beauty of the German language. In 1991 Mitar moved to Berlin for an exchange semester and stayed for six years. Besides his studies, he had the great opportunity to work with the International Office of Humboldt University in Berlin. Mitar finished his studies in 1996. He holds a Master’s degree and Dr. Phil. in German Linguistics, Serbo-Croat Language and Literature, and German as a Foreign Language (DaF) from the Humboldt University, Berlin. Back in Belgrade Mitar held a teaching position in the German Department at the University of Belgrade in the late 90s. After the collapse of Yugoslavia, he had to leave Belgrade in 1999 and decided to start a new life in Vienna.

Before Mitar received Austrian citizenship in 2002 and finally could start working for the International Office of Vienna University of Technology he completed a two-year trainee program with a well-known fast-food restaurant, which today is one of his clients. He continued to teach technical German to international students at the Vienna University of Technology and soon became chief editor of ‘Fachsprache’, which is an International Journal of Specialized Communications.

In 2004 he started his own German language school before he finally founded INNES Institute Vienna – International Network for Educational Support in Higher Education in 2012 as a high-quality educational platform. That year Mitar also became President of Ge4 – Global Education: Exchanges for Engineers and Entrepreneurs Network, an international university network for higher education institutions. Mitars passions are sailing, reading Alan Ford, traveling, growing, and reflecting. Mitar loves the music of Goran Bregovic and Van Morrison and the Star Trek character Jean Luc Picard. What Mitar loves most is infecting his students with his enthusiasm for the German language.