HomeUncategorizedFamous Movies that will make you dream of Vienna 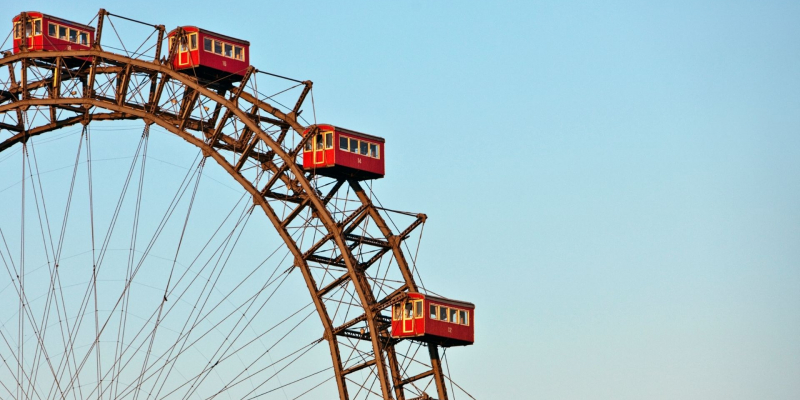 Famous Movies that will make you dream of Vienna

Known for its stunning architecture and world-class scenery, it won’t come as a surprise to you, that Vienna is the setting of many major feature films. No matter which genre you prefer, this article will give you an idea of the most famous movies that were shot in Vienna. So, while it’s difficult to visit Austria’s capital at the moment, just lean back on your comfy couch and enjoy these breathtaking scenes, that will make you dream of Vienna.

5 Famous Movies that will make you dream of Vienna

Known for its stunning architecture and world-class scenery, it won’t come as a surprise to you, that Vienna is the setting of many major feature films. No matter which genre you prefer, this article will give you an idea of the most famous movies that were shot in Vienna. So, while it’s difficult to visit Austria’s capital at the moment, just lean back on your comfy couch and enjoy these breathtaking scenes, that will make you dream of Vienna.

Before we get started with our top 5 list, does any movie come to your mind when thinking of real blockbusters that include scenes of Vienna? No? Well, then how about re-watching the

Avenger’s movie “Captain America Civil War”? There is a short scene that takes place in Vienna, although not the old town, but the modern UNO-City in the Donaustadt district. You can see the modern part of Vienna and, because it is an Avenger’s movie, of course, an explosion. Or perhaps you are fond of the second-best-known agent in film history? Ethan

Hunt, a.k.a. Tom Cruise, pays a visit to the Opera House at the Ringstraße in “Mission Impossible: Rogue Nation”, which consequently ends in a chasing scene on the roof and – we are getting familiar with the concept – an explosion. And by the way: the best-known agent is of course James Bond and at least he visits the Giant Ferris Wheel in the Prater in “The Living Daylights.” But for now, let us have a look at those movies, that chose Vienna as a main location and incidentally do not include any explosions.

This is an all-time classic and an early masterpiece of filmmaking. The pictures of post-war Vienna are one more reason to watch it as they show you some famous sights in a way you have never thought of before. The plot is full of suspense: Holly Martins, the protagonist, travels to Vienna to find his friend, who made him a lucrative job offer, only to find out that his friend, the famous Harry Lime (played by Orson Welles), had just died under very mysterious circumstances. Holly starts his own investigations and ultimately meets Harry Lime…alive! Lime turns out to be a criminal, involved in shady business connected to the thriving black market in Vienna.  Holly tries to stop him and the thrilling movie culminates in the famous chasing scene in Vienna’s sewer tunnels.

During Martins journey through the town, there are several famous places to be seen: The

Giant Ferris wheel in the Prater, which is one of the iconic scenes of the movie, but also the Mölker Bastei, a nice little cluster of beautiful old-style houses next to the university, as well as the Naschmarkt, the famous market. If you ever visit Vienna, which you will most definitely want to do after watching all these movies, you can even do a “Third-Man”-themed tour through the sewer tunnels! That doesn’t convince you still? Then watch it at least for the iconic theme music performed by Anton Karas on the zither.

There is no way to avoid Sissi when talking about Austrian movies. The trilogy has become one of the major figureheads of Austrian tourism marketing. In fact, the trilogy is still so popular in many countries, that it has become a tradition to watch it in Christmas season on television. Walking around Vienna, you will come across Sissi every couple of steps, in souvenir shops, museums and bakeries. Despite being everything else but historically accurate, all three movies are the kinds of which that make you happy for no reason. Watching Romy Schneider as Sissi go on a hunt in the mountains of the Salzkammergut or stroll through the never-ending rooms of the Schönbrunn castle, dressed nicely in dozens of layers of fancy textiles, will make you forget that there is any evil out there in the world, except for the occasional mischievous mother-in-law, of course.

For you as a German learner, the movie has a major advantage: it’s entirely in German and the royal couple is of course trying to sound as majestic as it would seem imperative for their position at the Viennese court. You will hear them talk slowly and clearly, but still in a beautiful old-fashioned Austrian way. Now there is an excuse for watching this fairytalelike romance even as an adult: Learning German and consuming a piece of Austrian heritage. Also, there is a quite popular drinking game linked to the movies: each time someone says “Eure Majestät” (Your Majesty) or “Sissi”, you have to empty your glass. But be aware: few have survived the first half of the first movie.

This one is perfect for cozy Valentine’s Day evenings or pyjama parties. Tears will be shed and hearts will thump in an arrhythmic manner in this drama love story of Jesse (Ethan Hawke) and Céline (Julie Delpy). But the real protagonist in this story is neither of them: it’s Vienna.

The American Jesse, who looks like the lead singer of a ninety’s boyband, meets Céline, a beautiful French woman, on a train ride and they immediately fancy each other, so they decide to jump off the train together in Vienna. They roam around the streets, take the tram and have long conversations about love and whatnot. Basically, that is the whole story. But of course, there is more to it: they fall in love, but decide not to see each other again, as the distance between them is too big, each of them has personal issues and so, as we mentioned earlier, without giving away the ending: tears will be shed. To be honest: the movie wouldn’t be half as good, if the two wouldn’t stroll around some of the most romantic spots in Vienna, like the balcony next to the Albertina museum at nighttime, the Giant Ferris Wheel at sunset, the Danube canal or a typical Viennese café.

If you ever come to Vienna, make sure that you have seen this movie beforehand, so that you can spend your whole first day here strolling around the various places the couple visits in the movie. If you really get addicted, you could even try to reenact the dialogues (we are not sure anyone has done that before, but why not?). For the sake of completeness, we have to mention the sequels of this romance as well: “Before Sunset” (2004) and “Before Midnight” (2013), which take place in Paris and Greece and are also horribly romantic, but lack of the unique selling point: Vienna.

Fernando Meirelles’ arthouse movie takes you to the darker places of modern-day Vienna. It’s about espionage, prostitution and violence, but in a very sensible way (really!). There are several stories told that are loosely connected to each other, many of which take place in Vienna. If that doesn’t convince you, just have a look at the actors involved: Jude Law, Rachel Weisz, Anthony Hopkins and many more, including Austrian actors. Another reason why we put this movie on the list is the idea behind it: It’s a very vague adaption of Arthur Schnitzler’s play “La Ronde”, one of the most scandalous and famous plays by the Viennese playwright. So, if you like “360”, you will love the original play. As the film crew and the locations are international, so are the dialogues. You will hear some German, spoken in the finest Viennese dialect, so pay good attention: you might need it one day.

When released, David Cronenbergs historical film received international acclaim and made it to many top ten lists of 2011, even Golden Globe nominations followed. What is it about?

Perhaps the most important scientific breakthrough that ever took place in Vienna: psychoanalysis. Sigmund Freud, performed by the wonderful grumpy Viggo Mortensen, and his evenly brilliant counterpart Carl Jung, the founder of analytical psychology, played by Michael Fassbender, are two of the protagonists, that initially work together on this breakthrough in therapy, but end up in increasing hostilities. The female lead is Keira

Knightley’s role of Sabina Spielrein, a lesser known scientist, but still the first female psychoanalyst in history, who started as Jung’s patient and ended up as his colleague. Their relationship is complicated by an intimate affair.

Apart from great insights in the invention of psychoanalysis, you will be blessed with beautiful exterior shots of Vienna, like the Belvedere park. We would also like to advise you not to watch this movie with your parents: there are some quite explicit bondage scenes included.

There you go, five movies that will make you want to visit Vienna even more! Watch all of them in a row, binge the Sissi-trilogy and we promise: you will be dreaming of Vienna tonight! If you are already an experienced German learner, try to watch them in German with subtitles. That’s one very relaxing way of learning German on your couch. Another one is to register for a LIVE Online 8 Week Semi-Intensive German Course at INNES Institute Vienna, where you will easily reach your desired language goal.

Have you watched all the movies we mentioned in this article? What other movies do you know that take place in Vienna? Let us know and leave a comment! 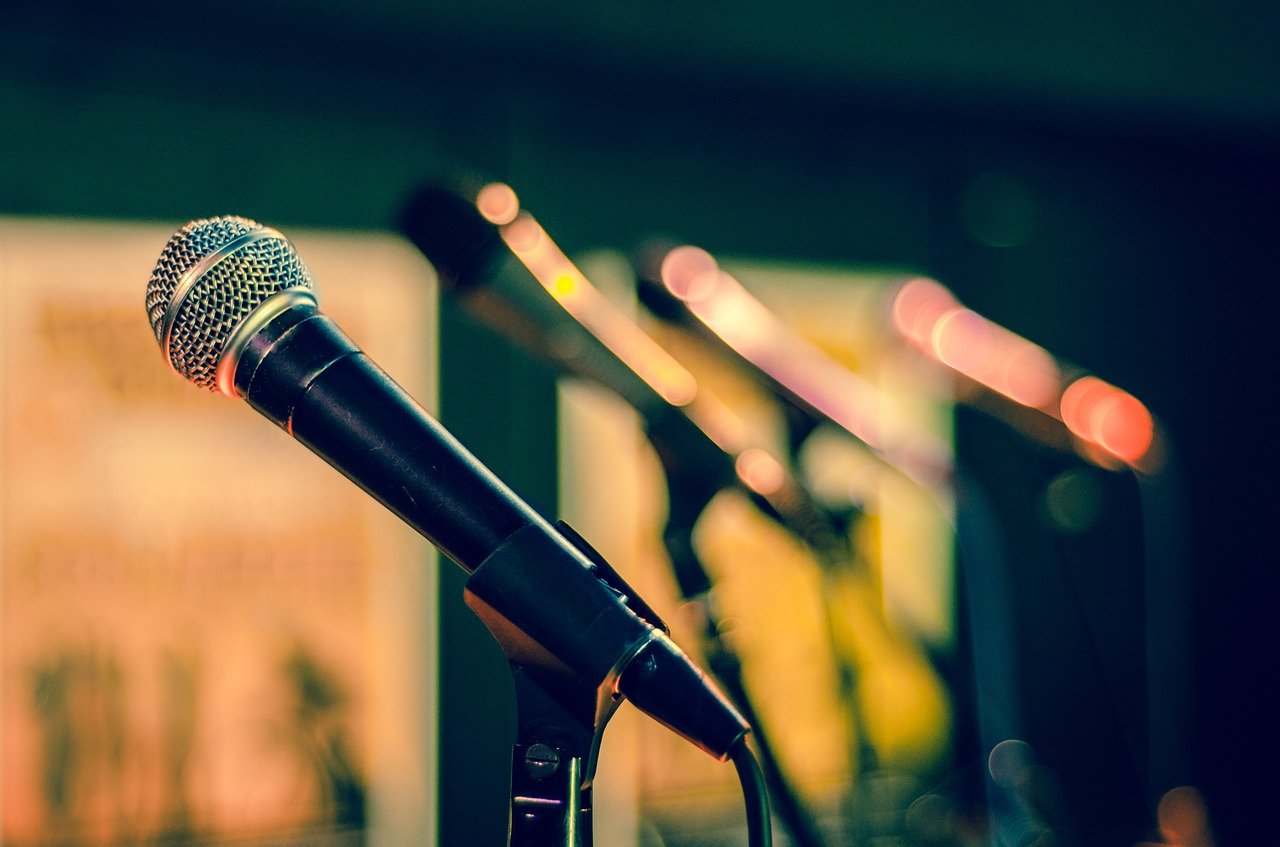 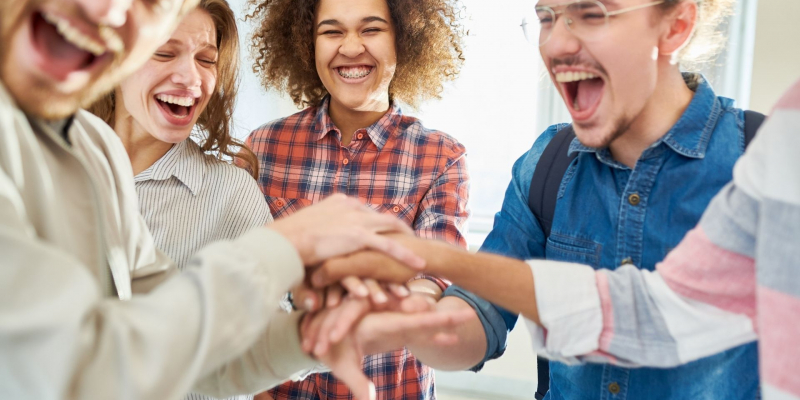