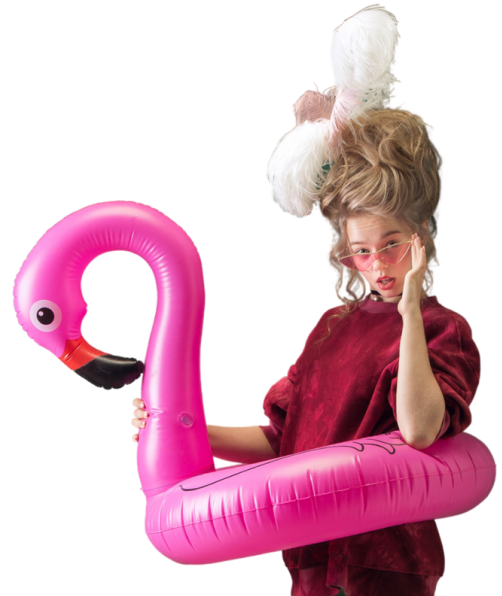 Ever listened to a conversation between Austrians and even though you understand German, you couldn’t get half of what was said? It’s not you oida, it’s the slang! Strongly linked to local cultural particularities, slang is evolved in all cultures around the world, where words and phrases make sense only when one is familiar with their cultural context. To an outsider of the local culture, therefore, slang tends to be an obstacle to communication. Well, not anymore, if you read the article that is.

The matter at hand, if you haven’t already guessed, is Österreichisches Deutsch – Austrian German. Austrian German refers to the linguistic particularities and vocabulary of the German language that is common specifically in Austria. Austria is obviously a German-speaking country; however German within Austria has evolved in a way different from the standardized German (Hochdeutsch) spoken in parts of Germany. This is a normal and quite common linguistic phenomenon around the world – same to the way the language of Quebec, Canada is French yet has evolved differently than French spoken in Tunis, in Paris, or in Kongo.

If you are already living in Vienna and attending German classes at INNES then high chances are that you are already aware of the language variation in and out of the classroom. If you haven’t yet arrived in this lovely country but are planning to, we are sure that this article will enlighten and prepare you for what you will soon witness yourself. The richness of linguistic culture that flourishes in Vienna is an aspect of the local way of life that will undoubtedly make you appreciate and ultimately love its people even more.

Inevitably you, as most foreigners living abroad, will need time to adapt linguistically. Whether it is due to words or phrases of the standardized Austrian German (which can be found in the respective lexicon and are used equally by press/government/locals), whether it is due to slang (the most vivacious, rapidly changing type of informal language) or due to accent (the way words are pronounced) is irrelevant. Understanding the context behind many words and phrases that will constantly surround you will require effort on your part – a step towards achieving that would be asking about them in class or seeking out their meaning online.

So, fear no more – this article series is a crash course on the most used Austrian German words and phrases you might hear when you are out and about, and is aimed to alleviate any initial pain or embarrassment you might feel when you don’t understand what others mean with words such as Schmarrn or Leiwand.

Oida. We couldn’t embark on this language exploration voyage without a word that is as loved as it is used. Oida is a dialect pronunciation of the word Alter. Even though it is not a new word as such, it grew in popularity in recent years to the point that it is almost every second word you hear from the mouth of Austrian youth. Its closest equivalent in English is the word dude. Same as the English version, Oida can be embedded in many different situations. Depending on the context, the word can sound:

Excited – “Wait, you got 1 on Mathematics with two hours of preparation? Oida!”

Judgemental – “Ketchup on a Käsekrainer, Oida?!”

Aggressive – “What are you looking at, Oida?”

The list goes on. The word’s universality and its power in getting you a fine if you direct it at a police officer(!), is part of the reason why it has been voted as “Youth Word 2018” as reported by the newspaper Der Standard.

Leiwand. Basically translating to cool, Leiwand is right behind Oida in the ranks of high usage. The word is said to have originated from the word Leinwand/Leinengewebe which simply refers to the textile linen, signifying a certain status due to the fabric’s high quality. The other theory around the term’s emergence comes from a peculiar backstory set in the Middle Ages. Around 1450, beer used to be brewed next to the linen market in Vienna, and which became to be known as linen beer – Leinwandbier. When something was said to be leiwand, it meant to indicate that the object at hand was as good as the said beer. Nowadays, Leiwand is expressed earnestly or ironically.

Raindrops started falling as soon as you set up your picnic supplies at the Wiese next to the Donau? Na, Leiwand! (meant ironically)

The rain stopped and the sun resurfaced keeping you warm and dry for the rest of the day. Das ist doch Leiwand! (meant earnestly!)

Schmarrn. Sure you’ve heard about, or even better, tasted Kaiserschmarrn before, right? Kaiserschmarrn is the name of a traditional Austrian, thick pancake dish served in chunks with a side of plum jam…delicious, but let’s focus on its peculiar name. While Kaiserschmarrn roughly translates to Emperor’s Mess (with three different alleged backstories as to why the dish was named as such) Schmarrn alone refers either to the traditional dessert, as a metaphorical way to say nonsense, or as a descriptive term of tasteless or inferior goods.

Die Marie. If you’re clueless at the moment because you cannot think of anything besides the obvious, namely that Marie is a person’s first name, no worries – you are not the first nor the last to be puzzled by this. You know Maria-Theresien, the Ruler/Empress/Queen of Hapsburg Empire. Well, Maria’s face was printed on silver coins about 300 years ago and so people have since associated her name with and used it as a synonym to money. Fast forward to today, it is highly probable that you’ll hear people casually referring to money as die Marie. Sitting at a coffee shop you might even hear the next table asking, “ob die Marie stimmt”.

Sackerl, das. Do not kid yourself. You are not getting away with it, after you’ve asked the cashier for a Tüte(!) at the supermarket. If you want to avoid sharp looks, remember that plastic or paper bags are called Sackerl in Austria. We’ve learned that the hard way – we were scolded by multiple (mostly elderly) people, publicly.

Semmel, die. Deriving from the Latin word simila meaning wheat flour, a bread roll is called a Semmel in Austria. Practice this in your head, and remember NOT to call it Brötchen. Yes, it makes a difference…No, it’s not a tragic mistake but you’ll get better service if you use the proper word. Guaranteed.

Wuascht/Wurscht. Heard it a million times, yet you cannot figure out what it means? It means Wurst, as the sausage, yet no one is talking about an actual sausage. Used as a single word or as part of the phrase “Des is ma Wuascht” it is a synonym for “Das ist mir egal”.  I don’t care/it makes no difference/it is all the same for me. The equation of Wurst to indifference derives from the fact that a sausage’s components are indistinguishable and that both its ends look identical to each other. A friend asks whether you’d like a Melange or a Brauner and you don’t really have a preference? Then, das ist dir Wurscht.

Bim. Our favorite mode of transportation in Vienna, the Bim, allows an enjoyable time looking out the window while getting from point A to point B in a slow, almost sleepy, tempo. Trams/Straßenbahnen have been named as such in Vienna after the distinguished sound that they produce when they are setting off/stopping, as well as the sound of their horn during travel. Next time you get on the Bim, concentrate on that very particular biiiiim sound. That makes sense, right?

Bussi, Baba. The most common way to say goodbye in Austria is to exclaim in a most cheerful way these two words. They simply translate to kisses, bye. Adorable, we know.

Schau ma Mal. Hugely dependent on context and interpretation, this phrase has a life of its own. However, both we’ll see/let’s see seem to be fairly good translations. If you ask someone for something, for example, if they are coming to class tomorrow, and they say “Schau ma Mal”, it is indicative that they will probably wait until the last minute to decide or they have already decided not to attend. Interestingly, the phrase relates directly to a rather relaxed take on life – a typically chill Viennese attitude of not rushing and being more laid back than other northern neighbors. Also often heard as „Schau ma moi“ Fun Fact: Wiener Blond, a music duo from Vienna, released a homonymous song in 2014 which is written and sang completely in Austrian German.

Learning a language is not a process that happens only inside four walls. Life, outside of the classroom and beyond the pages of a book, is the real testing ground as it intensifies the process of learning a language. Your ultimate goal should be communication, to be able to understand and be understood, thus not necessarily a perfect accent or the unmistakable use of der, die, das even though those are attainable goals as well.

Languages are vessels of culture and Austrian German is the gateway to the heart of Austria and its people. Sure, the Viennese will understand what you want at the bakery if you order a Brötchen or if you ask for a Tüte. By ordering a Semmel however and asking for a Sackerl, you give yourself the chance to really connect with the locals, showing appreciation for the local specificity of language and respecting the culture. And that is not Wurscht, it really, means something!

Today you have learned what lies behind the words Oida, Leiwand, Schmarrn, Die Marie,  Sackerl, Semmel, Wuascht/Wurscht and Bim as well as the phrases Bussi, Baba and Schau ma Mal. How many of these words and phrases did you already know? Which one is your favorite and why? Comment below and let us know! More words and phrases are coming soon with 10 Essential Austrian Words and Phrases for Daily Life (Part 2)!